Back on the Green Isle

I was fortunate to be working in Dublin at the end of last week, and managed to spend a chunk of time at North Bull Island Nature Reserve, off the coast of Dublin. I didn't know the place existing until I looked at the sightings page for the Republic of Ireland (http://www.butterflyireland.com/RECORDS.aspx) and saw that 298 Marsh Fritillary (f. hibernica) were seen on transect on 7th June. Clearly, there had been a population explosion and so I got in touch with David Nash (co-author of the excellent "Ireland's Butterflies: A Review" and also a former President of the esteemed Dublin Naturalists' Field Club) who gave me some pointers. Despite an unpromising weather forecast, I was on site at 0930 on Wednesday morning, having landed at Dublin airport at 0815. As I made my way to the favoured spot for Marsh Fritillary I came across several Garden Tiger moth larvae ("woolly bears") on the paths between the sand dunes, as well as several Small Heath. I was also on the lookout for female Common Blue to see if they conformed to the description of ssp. mariscolore where the female has extensive patches of blue, with large and bright orange marginal spots. The distribution of this subspecies is a subject of debate, but the few females I saw were quite "normal" to my eyes. 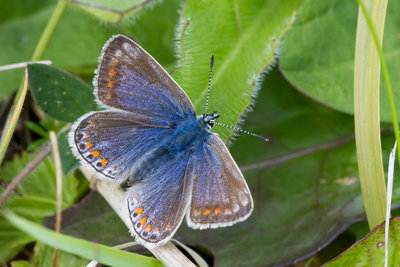 I eventually reached an area where masses of Devil's-bit Scabious (the larval foodplant of the Marsh Fritillary) grew, interspersed by Marsh Orchids. In fact, I've never seen so much of the stuff; every square metre contained a good number of plants. 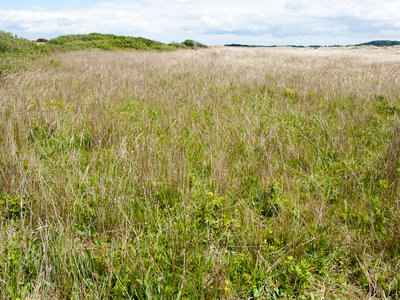 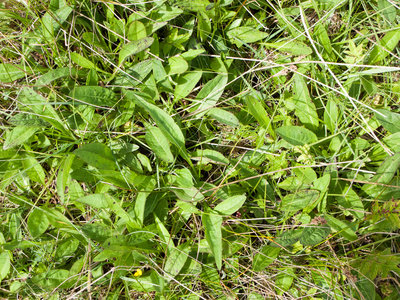 Given my current fascination with subspecies and forms, I was really looking forward to my first ever sighting of the hibernica form of Marsh Fritillary, which is found all over Ireland, and is said to have a greater contrast between the orange ground colour and cream markings than those found in the south of England that I'm familiar with. Within 30 minutes a minor miracle happened when the dark clouds that dominated the sky dissipated and the next few hours were spent in perfect butterflying conditions, of intermittent sunshine. It wasn't long before I found my first Marsh Fritillary, then another and another. I must have seen well over 100 by the time I'd left. 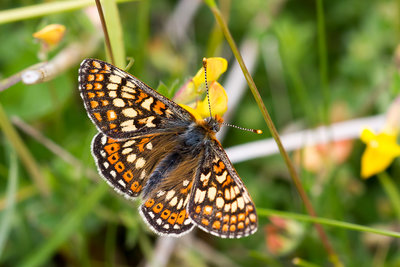 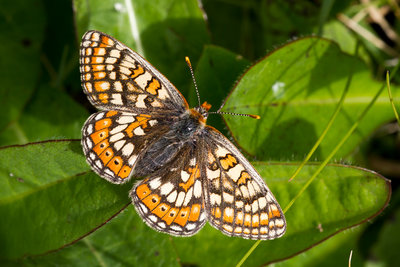 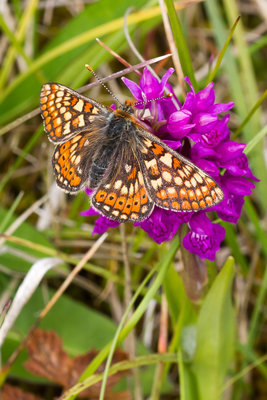 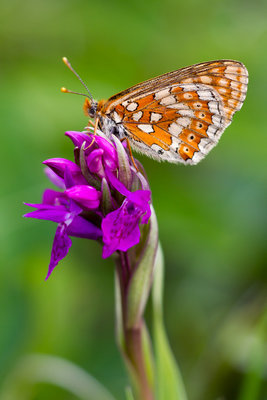 At 1240 I started to leave the site, having had my fill of Marsh Fritillary sightings, interspersed by the occasional Common Blue and Small Heath, and started to wander the mile or so back to the car. I then noticed a female Marsh Fritillary acting very strange and clearly looking to oviposit. I managed to capture her on video:

She eventually found a leaf on which to lay and, blow me down, another female was already tucked away ovipositing on the same leaf. Now I don't know if this is just pure coincidence, but the chances of the same leaf being used among the thousands of leaves available must be pretty small. In the first photo below you can see the pair of ovipositing females toward the bottom centre of the picture, followed by a closeup and a video. 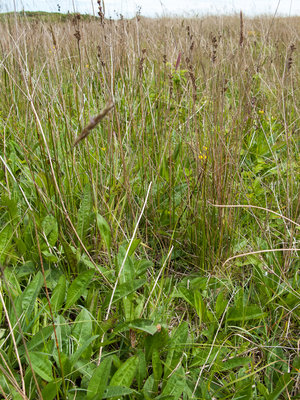 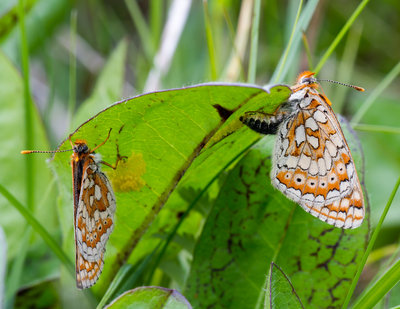 As I watched the pair oviposit for quite some time, a third female flew onto the same leaf before, eventually, landing about a foot away where she found another leaf on which to oviposit.

Why 3 females should all choose the same leaf given the area of the site and amount of larval foodplant available is beyond me, but I do intend to write this up for a journal, since it's not something I've come across before. Some theories are:

1. Pure coincidence.
2. The particular plant is in a favoured position for the site, and has a favoured leaf.
3. The females give off some chemical/pheremonal signal that attracts other females - perhaps giving the resulting (and larger) larval nest a better chance of survival (assuming, of course, that there is available larval foodplant).

I didn't have time to wait for all 3 females to finish laying (the process taking literally hours) so returned the following morning to get some shots of the various egg masses. 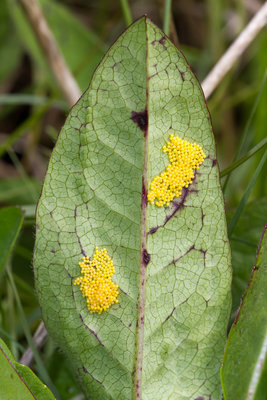 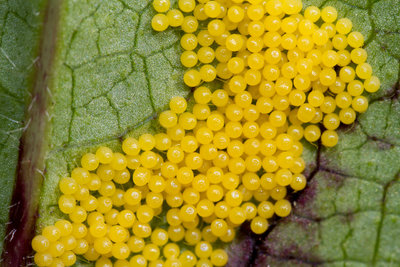 And finally, for some reason I really like the photo below, so thought I'd finish this report with it! As usual, an excellent time spent in the Emerald Isle. I must admit, I love the place - perhaps it's because I'm technically half-Irish (all of my grandparents on my mother's side came from Ireland)!